The Two-Factor Model of Sports Performance

Very simply put, the two-factor model of sports performance states that an athlete needs skill and strength to be successful, and that skill acquisition and strength acquisition do not look the same. This idea was formalized by Mr. Mark Rippetoe and Dr. Stef Bradford. While they have published this idea in books like Starting Strength: Basic Barbell Training and Practical Programming for Strength Training, it is not a new concept. It is how everyone used to train.

However, it does run counter to a popular notion in the fitness industry nowadays. Right now, many schools of thought are obsessed with functional fitness. There are many kinds of functional fitness routines out there. But the commonality between them is the assumption that strength training should look like sports performance. In jiu jitsu, some have created programs of solo drills under a load to mimic sport jiu jitsu performance. So instead of just practicing shrimping to get better and more automatic at shrimping, some say that you should hold a weight plate or a kettlebell while shrimping so that you can get stronger in the movement pattern that you will use in the sport. While this may be fun for some people, it doesn’t make you stronger. It makes you practice shrimping slower (and it’s a bad idea to internalize slow shrimping after many reps of practice). It also occupies your hands in ways that are not applicable to the sport. In reality, your hands will be on your opponent as you make space to prevent the opponent from advancing to a better position.

So, you don’t need to shrimp with a kettlebell to be stronger with your hip escapes. You need the skill to execute a hip escape correctly. And you need a sufficient amount of force production to actually move yourself under a resisting opponent. This takes us back to the two-factor model. The two factors you need to be a successful athlete are skill and strength. As legendary Black Belt Marcelo Garcia is often quoted as saying, “To be good at jiu jitsu, you need to do jiu jitsu”. But how does a 16 year old, 120lb blue belt with good skill shrimp from bottom mount back to guard if he has a skilled 40 year old, 250lb white belt on top of him? He might have the skill to do the work, but if he lacks the ability to produce enough force for the initial oompa to make any space, then the kid isn’t going anywhere. Skill is vital. But so is sufficient strength. No one is arguing that the 16 year old skinny blue belt needs to become a powerlifter. But he must be strong enough to create some movement, or else his skill is useless in this situation.

Shrimping is a posterior chain movement. Your feet push into the mat. That force travels through your skeleton up the legs to the hips, lower back, and stomach. You are using all of your lower body muscles when you shrimp, including your “core” (which is more than your abs, and also includes your spinal erectors on your back). Thus, to be stronger at shrimping, you need a stronger lower body (specifically, a stronger posterior chain). There are no simpler and more effective posterior chain exercises than the barbell squat and deadlift. Unlike kettlebells, these can be incrementally loaded. And similar to the goals of functional fitness, balance is key when you squat and deadlift, because it is possible for you to fall down if you aren’t balanced. Just because shrimping happens from a lying position does not mean you must train strength from a lying position. You need skill and you need strength, and the way you get each of those does not look the same.

Some jiu jitsu athletes still balk at barbell training. Often they say that the weights will make them slow. Its true that if your goal is to become the next Eddie Hall or a Strongman champion, you will definitely be slower on the mats. But barbell training does not mean powerlifting or strongman competitions. It doesn’t even mean lifting all the time. It is obvious that someone’s strength training will change 8 weeks out from a jiu jitsu competition. If you are trying to make weight, adding muscle mass won’t help. But in your regular training, consider the two factors you need to be successful. You must learn the skills. And you must have adequate strength to apply those skills.

Our example 16 year old blue belt would do well to start a Novice Linear Progression (as detailed in Starting Strength) in addition to his regular jiu jitsu training. If he starts with a weak 95lb squat, his progression over 12-15 weeks will likely add at least 100lbs to his lift, putting him near a two-plate squat. If two 16 year old blue belts of the same weight class and skill compete in a match, the athlete with the 225lb squat will beat the athlete who can only squat 95lbs. So if you are continuing to gain jiu jitsu skills, you might as well also acquire some basic strength to make those skills easier to implement. Getting stronger does not make you better at jiu jitsu. But it does make you stronger at the jiu jitsu you have.

I have seen this in my own training and in those who have let me coach them in the 5 basic barbell lifts (squat, press, deadlift, bench press, and power clean). For example, one of my lifters was a brown belt named Joe (BTW he has since been promoted to Black Belt. Congrats Joe!). In addition to jiu jitsu, Joe is also a long-distance runner. Runners are notorious for eschewing barbell training because they incorrectly assume that muscle mass will slow them down. Joe did a basic novice linear progression. He took his deadlift from less and 100lbs to around 250lbs. These are not crazy powerlifting numbers. This is basic strength that is easily attainable for an adult male. Before a 50k that he ran at the end of last year, Joe stopped his linear progression and just did maintenance lifting once a week. When he ran the 50k, he took 45 minutes off his previous record. Joe was ecstatic about this and told me that most dedicated runners don’t improve their record by that much. But Joe was able to. He did not change his body weight. He did not change his diet. He simply spent about 3 months acquiring some basic strength. Joe increased his ability to produce force against an external resistance with his posterior chain. So, each step he took in the 50k represented a submaximal effort of force production than what he was capable of. This made each step easier, which allowed him to run faster, and beat his personal record.

The two-factor model of sports performance is simple and effective. But it’s also hard. That is why most people don’t do it. People often think that complexity is more effective than simplicity. It is not. Simple and hard beats complex and easy every time for novice athletes. So, if you have been acquiring martial arts skills, it’s time to pair that with strength so you can be a more effective fighter. If you are obsessed with functional fitness, ask yourself, what is more functional than a squat and a pull? You will always have to sit on a chair or toilet. You will always have to pick things up off the floor. That is how your body functions every day. So be functional. Start squatting and deadlifting with a barbell. 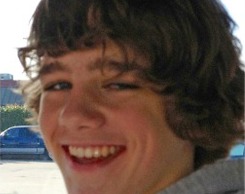